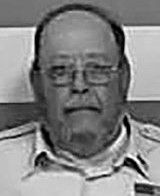 Weldon B. Ramsey, 75, Harrisonville, died Wednesday, June 8, 2022, at his brother’s residence in Mercersburg. Born March 2, 1947, in Harrisonville, he was the son of the late Benjamin C. and Justina (Weiser) Ramsey. He was united in marriage to Janie Joccile Long-Phillips. She preceded him in death December 25, 2000. He is survived by siblings: Gloria Black, Three […] 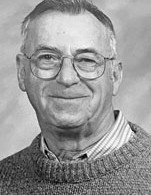 James Leo Golden, 89, passed away Sunday, June 12, 2022, at his home in Greencastle. Born December 20, 1932, in Warfordsburg, he was the son of the late Leo Carl Golden and Sara Barnhart and the husband of Margaret, whom he married December 25, 1950, in Breezewood. He was a member of Warfordsburg Lions Club and an avid golfer. He […]

Kenneth Alexander “George” Spriggs, 69, McConnellsburg, passed away Thursday, June 9, 2022, at Milton S. Hershey Medical Center in Hershey, Pa. He was born November 22, 1952, in McConnellsburg, the son of the late Elizabeth Spriggs. He married the late Ella Bernice Brown Spriggs (deceased March 28, 2020) on July 4, 1972, in Altoona. He worked as a laborer for […]

EVERTS In memory of our Dad, Jeff W. Everts, 3-1-72 – 11-26- 15: Our hearts and minds were never prepared to live a future without you, Dad. In an instant everything in our lives changed. Life has never been the same without you. But we will always have the memories of you in our hearts that we share with others. […] 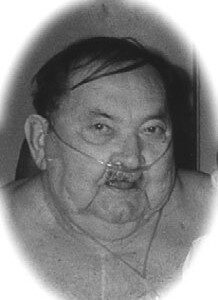 EADER In memory of John Eader Sr., 12-9-34 – 6-19-2010: Happy Father’s Day Dad Dad, It’s been 12 long years on Father’s Day since you left us. We miss your smiles, your laughter and always your advice. Remembering the day you left us and saying, “Oh no, not Father’s Day.” But I know Grandpap Eader was waiting on you because […]

FISCHER In memory of my father, George “Mickey” Fischer, 1/26/1930 – 6/16/2021. Happy Father’s Day! He never thought when leaving home, he never would return. That he in death so soon would sleep and leave us all alone. He got to see his doll baby. She visited outside his room. Yet he never got to hold her, God called him […]

DAVIS In loving memory of Geraldine Davis, born June 18, 1938: Happy heavenly birthday Mother. You are missed each and every day. You are always in my heart. Your loving daughter,Debra

Written by the late Marsha Mellott for her Dad In the year of ‘27 on a February day, Annie gave birth to a son whom she named Ray. All of his siblings were older than he, a total of six made up this Mellott family tree. Dad rarely spoke of birthdays and Christmases of his childhood yesteryears. Perhaps it would […]

Category Pages are limited to 90 days. Please use the archive page or the search box to find older articles.